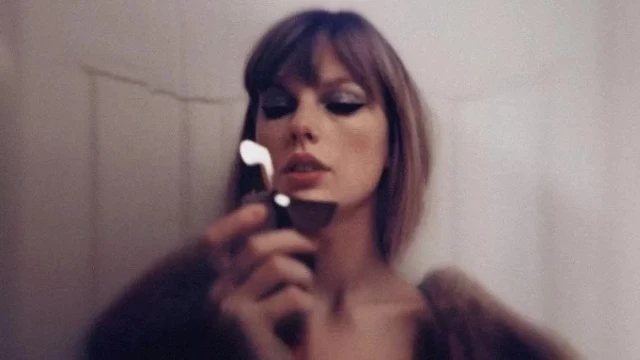 Released on October 21st, 2022 at Midnight, Taylor Swift’s Midnights has been highly anticipated by swifties all over the world. Her last albums Folklore and Evermore were both released in 2020 and she dropped Red Taylor’s version as well as Fearless Taylor’s version in 2021. Needless to say, Midnights has been on millions of people’s radars since she announced that the album was in the works. The album contains 13 songs, however, she released an extended version called Midnight’s 3 am edition which contains 2o songs. Taylor has been making music since age 12 and started her career as a country singer. She made the switch to pop music with the release of her album Red in 2012. She is one of very few singers that have seen great success in multiple genres and is very respected for that fact. So far her new album has been a great hit, so much so that she has become the first artist to ever claim all 10 of the top 10 spots on the Billboard hot 100. While all of her songs on Midnights are amazing and extremely hard to rank I will be sharing my thoughts and rankings of her Midnights 3 am edition.

20. Dear Reader – #20 on the track takes the last-place spot for me. There is nothing wrong with this song, but the other songs that Taylor has created shine so much more than this song. The meaning behind this song is just to advise her listeners to make decisions, unlike the ones that she has in the past. This addition to the track is a good song, but not all songs on a 20-song album can be winners.

19. Glitch – The beginning of this song makes sense for the title but it throws me off every time I hear it. It reminds me of the sound of an amber alert which is not a sound I appreciate hearing believe it or not. I love the lyrics of this song with the suggestions of her relationship being toxic and unstable like a glitch would be. She really thought outside of the box with this song which I am here for, but there are once again better songs on this track.

18. The Great War – This song is about a relationship where there is constant fighting. hse uses the great war as a way of describing her relationship with this man. Tells the story about how he constantly betrayed her and how she kept going through hardships with him. I like the metaphor of war, I think it was very creative and a song that a lot of people can relate to. I also like that ended on a high note with her saying that they “survived the great war.”

17. Paris – I love this song because it tells a story, unlike any other song that I have heard before. It has some off beats in the song where it doesn’t quite flow right and she sings really quickly which throws me off but I can overlook the song because of the chorus that hits hard every time. She also brings up the term midnight in the song which is a hint at the title of the album which I love.

16. Bigger Than the Whole Sky – I really liked the slower pace of this song and the way that it is sung in a slow lover octave is really great for the message behind it. She sings about letting go of a relationship that took up a lot of time in her life and that she valued a lot. She repeats the words, “could’ve would’ve should’ve been you” several times in this song which confused me the first few times I listened to this album because that line strikes an uncanny resemblance to the song titled Would’ve Could’ve Should’ve.

15. Would’ve Could’ve Should’ve – This song is a bop. I love the flow and upbeat but still calm persona that it gives the listener. It does repeat lines that surface in other songs such as Bigger than the Whole Sky and Dear Reader but is very different because it talks about an early teen relationship that she regrets to this day because he took so much from her in her youth. Overall solid song for a late addition to the track.

14. Vigilante S**t – The intro to this song is very abrupt and sudden. The song is all about revenge and is overall kinda an angry song. She sings about how she sees an ex-wife getting all the benefits out of a relationship and how the woman is dressing for revenge because her ex-husband cheated on her. this song is kinda hard to listen to or sing along to which is why it’s low on my list.

13. High Infidelity – This song tells such a good story, I love the tone and vibe that this song gives off and how it hints to the listener to think deeper with the references to dates and her exes in the song. Overall a great song, but it was an additional song on the track which is why it’s so low on the list.

12. Question…? – This song just doesn’t make a ton of sense to me. She’s telling a very detailed story from her life which is why I feel like I cannot connect to it. She sings about how she felt used in a relationship and constantly having to deal with the love interest drinking and not listening to her, hence why she needs to ask a question. This song is also a slower song on the track which is fine but I prefer faster pace songs.

11. Labyrinth – This song talks about her falling in love and how she’s scared because she’s been hurt so many times in the past. She sings about how in love she is with this person and how she doesn’t want to be hurt because she loves them so much. She sings about how she is constantly overthinking and uses the labyrinth of her mind as a metaphor for this idea. I love this song and it’s strangely calming.

10. Karma – The amount of love I have for this song is unmatched. She talks about how karma is constantly popping up in her life. As much as I love this song it had to be #10 for me because she simply went above and beyond in the other songs that I ranked higher.

9. Bejeweled – This song appears on the radio a ton I can sing along to this song pretty well when the chorus huts which I appreciate as someone who enjoys singing in my car. However, there are simply better songs on the track in my opinion. Nothing is wrong with this song but it is just not as deep or thoughtful as the other songs in her album.

8. Midnight Rain – This song has the best opening and oddly reminds me of her older music which is so nostalgic and amazing. She gives us the best lyrics with this song, she sings about the differences between her and a past love interest and how she was midnight rain and he was sunshine. The meaning behind this song is so good and the robot-like background singers in this piece take it to the next level.

7. Mastermind – This song starts with an almost videogame-like intro which threw me off at first but the more I listened to it the more it grew on me. The flow of this song is like no other on this album which is why I like it so much. I also like the fact that the video game-like intro stays a common theme within this song because she tells a story about how she was almost playing a game to get a guy to date her. Overall such a good song.

6. Maroon – This song has a lower register than any other song on her track which gives it such a cool different feel from the other songs. I love the use of the color maroon in this song and the overall flow of it. It has the best background music that sounds almost like it’s out of a sci-fi movie, I could listen to this song all day.

5. Sweet Nothing – This song is the perfect lighter-tone song that this album needs. I love the soft and light feel that this song gives off. She sings about an innocent relationship that she was in but how her love interest didn’t want anything serious and how they just wanted “sweet nothings”. I think a lot of people can relate to this song and it is such a work of art.

4. Anti-Hero- This song has everyone and their mother in a chokehold at the moment. I love it but it has been played on every radio station and is permanently engraved in my head. Still a bop but just a tad overplayed. I do love the lyrics and beat of this song which is why it’s so high up on the list.

3. Lavender Haze – This opening track on her album has a special place in my heart. I love how the song and the title of the song align so perfectly. This song is the perfect opening track with its haze-like feel and the use of midnight in the lyrics several times. It sets the vibe so well. She talks about not caring what people say about her and staying in her haze of current love instead of swelling on past relationships. 10/10 song.

2. You’re On Your Own, Kid – This song talks about all the hardships that she went through from a young age. This song starts with a light and happy beginning but the lyrics of the song are so contrasted with that beginning tone. It talks about her struggles with body dysmorphia and eating disorders which is something that unfortunately many young girls relate to today.

1. Snow On The Beach – I love this song with my entire heart. It is so incredibly good and a masterpiece of a song. Taylor gave us everything that we could ever want within the beat, pace, and lyrics of this song. 1000/10. This song represents a past relationship (like every other song) but also just talks about life in general. She gives us so many metaphors in this song which I love.

Overall rating all of these songs was way too hard. I love all of them and their meanings so much that giving one of them the title of last place was so hard. This album gives me so much joy to listen to and the songs are all so so so good. Taylor Swift has been nominated for several Grammy awards because of this album and has seen great success so far with this album, I am incredibly excited for her to release more music in the future.