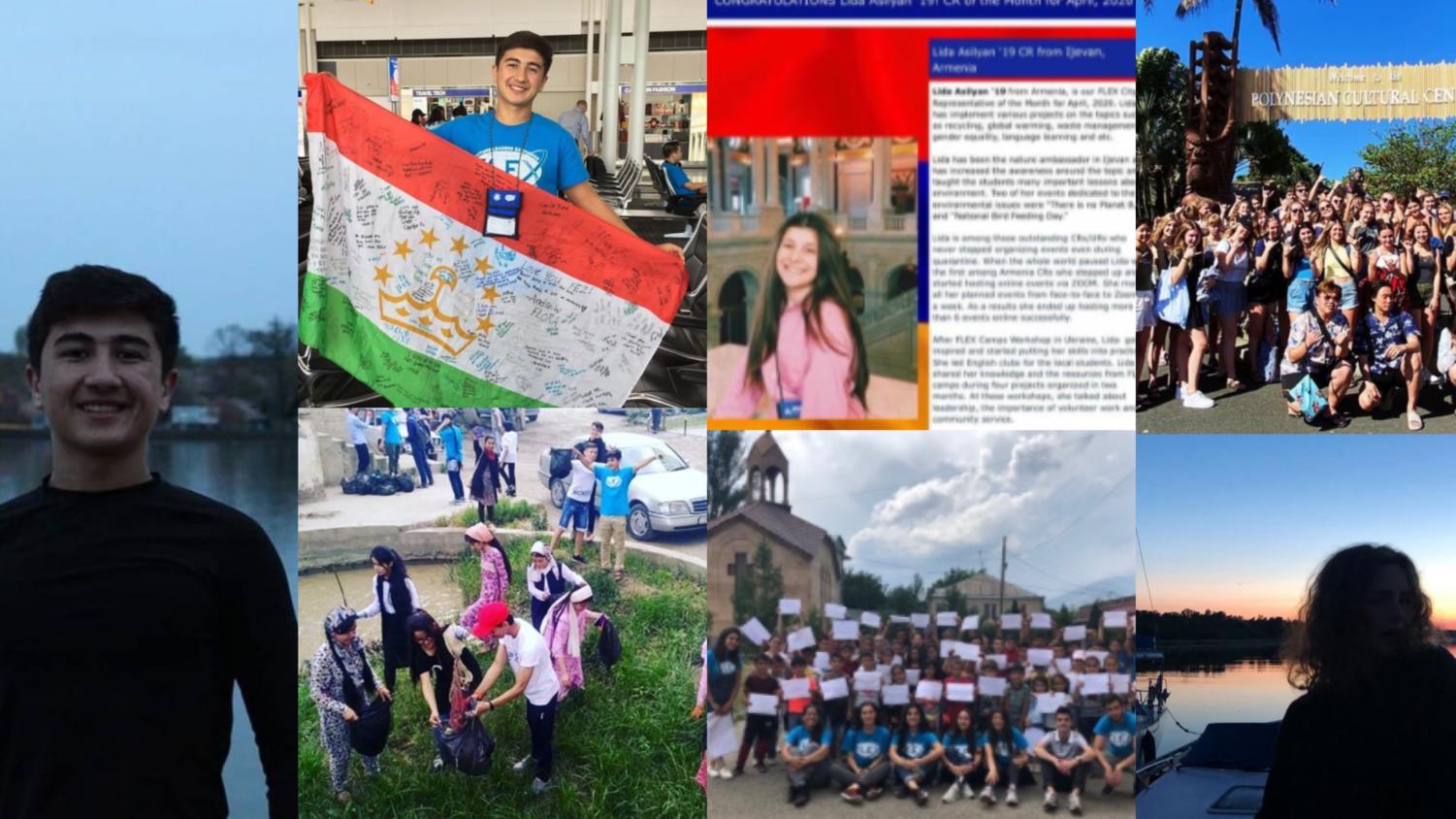 Foreign Exchange Students: Where are They Now? 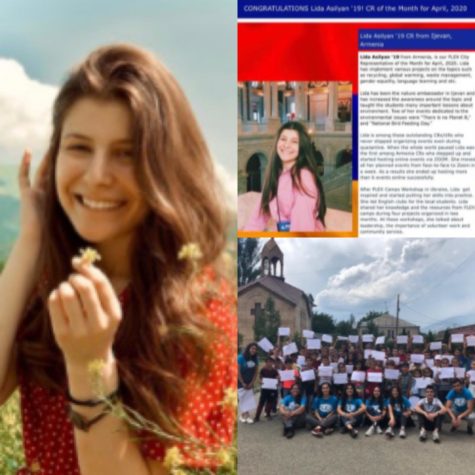 You may remember foreign exchange student Lida Asilyan, who attended ADM during the 2018-19 school year. 20 in a month, Lida currently studies at the American University of Armenia which is an American-programmed university and has its field office in California. She is majoring in English and Communications and hopes to be a professor in the future. On the side, Lida is currently tutoring English and has also been involved with the youth of her community. Through various leadership, environmental, and public speaking projects she has been able to gain some experience with her major.

“To me, educators are one of the most influential people who have the power to influence and change youth for the better.”

One of the biggest news Lida wants to share with ADM is that she organized a leadership workshop in a town near her region after she returned from Iowa. Some friends from FLEX, the program she went through to come to America, and Lida decided to give back to the community. They organized a workshop for youth that focused on English, public speaking, and the importance of volunteering. Lida was chosen as a FLEX city representative for a program in her hometown implementing even more projects. She also placed first in two essay competitions — one organized by the American Peace Corps Volunteers to boost creative writing among youth.

In fall 2020, Armenia was at war with Azerbaijan. I wanted to give her a platform to discuss issues she experiences firsthand.

“Although human lives should matter more than any ambitions of territory expansion, my country was under attacks, bombings, and terror. Forty-four days of the Artsakh (the region Azerbaijan was fighting for) war took the lives of my friends, relatives, and people I loved. Many Armenian citizens and civilians are still captivated. Various international news had biased standpoints throughout this period, “justifying” the side they would have political benefits from. Yet, there were also those covering everything properly and with no bias. The news was all over ABC, CNN, BBC, The Guardian, and other international platforms. I am sure many of you might have heard about this. And, I am thankful to many of my friends and teachers at ADM and my host family who cared and supported me (at least mentally) throughout this extremely devastating period.”

Through the pandemic and war, Lida has maintained a position that contributes to her community’s youth and has played a very important role in her hometown of Ijevan. Feel free to check her out on social media @lida.asilyan01 (IG)! 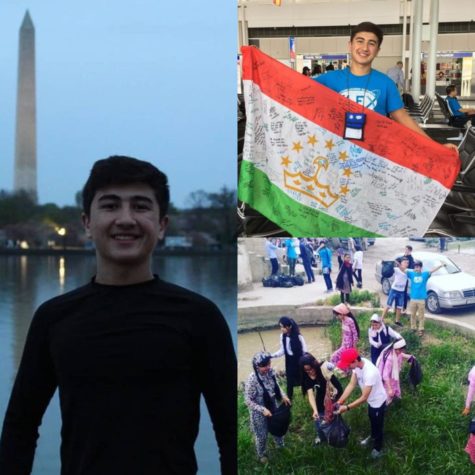 Alisher, like Lida, was also an exchange student at ADM during the 2018-19 school year. After returning to Tajikistan, Alisher has traveled more around the world like Kazakhstan and Kyrgyzstan (neighboring country) and plans to return to the US soon. Since fall 2019 he has been studying, living, and working on his business in China — and was even quarantined during the COVID outbreak in early 2020.

“It was difficult. Foreign students have been quarantined for 7 months in our school dormitory. At the beginning we couldn’t go out at all. Then restrictions gradually eased and we could apply to go out. We spent the whole 2020 summer in quarantine. It was one of the most stressful times. Since March 2020 China banned international students who are outside of China from entering the country.”

Since he’s been back, Alisher’s grades have improved a lot. His business has been expanding and his mindset and focus has changed. He can now speak Mandarin and says that one of the best things to happen since he has been back is learning about China and working on his personal life and well being.

While at ADM, Alisher had lots of great experiences. A notable one for him is being on the football team and learning a lot about leadership and teamwork. Other great experiences were making new friends, living the real American life, exploring American culture, and improving his proficiency in English. Before coming to America and with the foreign exchange process, Alisher was most worried about not having a car, a good family, or good friends. Thankfully, Alisher met good friends at Adel who gave him rides and he obviously also had a good host family.

Currently, Tajikistan has zero COVID cases and is mask-free. Since May 2020, they’ve had 13,000 cases and 100 deaths. There is an ongoing border war with Kyrgyzstan, the neighboring country to Tajikistan. The war zones are only 5 kilometers away from Alisher’s city. It is big news in Central Asia, but he has not had to be very concerned yet thankfully.

After studying in America, Alisher has learned lots about leadership and even started his own business — ask him more about it on Instagram @alisherfez32.

Because of COVID, Hanna was sent home three months earlier than she was supposed to be. In Sweden, Hanna got a job at a local grocery store and worked almost full time for around 6 months. She started her senior year of high school in August and will be graduating this Spring. During the pandemic, Hanna learned how to play golf and how to drive her family’s boat. Her main focus after returning to Sweden has been finishing her senior year. Hanna was also given the opportunity to travel to Honolulu, Hawaii with her exchange organization and says it “was literally a dream come true.” She got to meet exchange students from all over the world and got to experience Hawaii with them. “It definitely was a once-in-a-lifetime trip.” 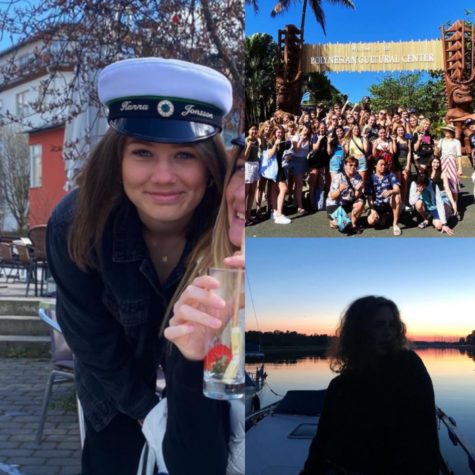 Hanna plans to take a gap year after high school to work and travel. After that, she hopes to study medicine and become a doctor. In Sweden, you only apply to universities with grades and nothing else, and Hanna will be applying to multiple. She hopes to attend Lunds University (Universitet).

Hanna’s time at ADM was very different compared to her Swedish high school. In Sweden, they don’t have school sports — just club sports. While at ADM Hanna participated in cross country and says it was an awesome experience.

Her experience in America was really great, she says. Hanna loved her host family, and plans to visit the US again as soon as COVID is over. Her original plan was to come this summer, but with the pandemic still present in America the US has not allowed tourists from Europe. She will be sure to come as soon as it is safe.

“The scariest part was definitely leaving my family for almost a year. The longest I’d been without them was a month, so this was a biiiig step.”

Life as a high school senior in Sweden is definitely different than life as a senior at ADM. Keep up with her social media (@jonssssonn, IG) to get a glimpse of what it’s like in Sweden.

Foreign Exchange Students: Where are They Now?