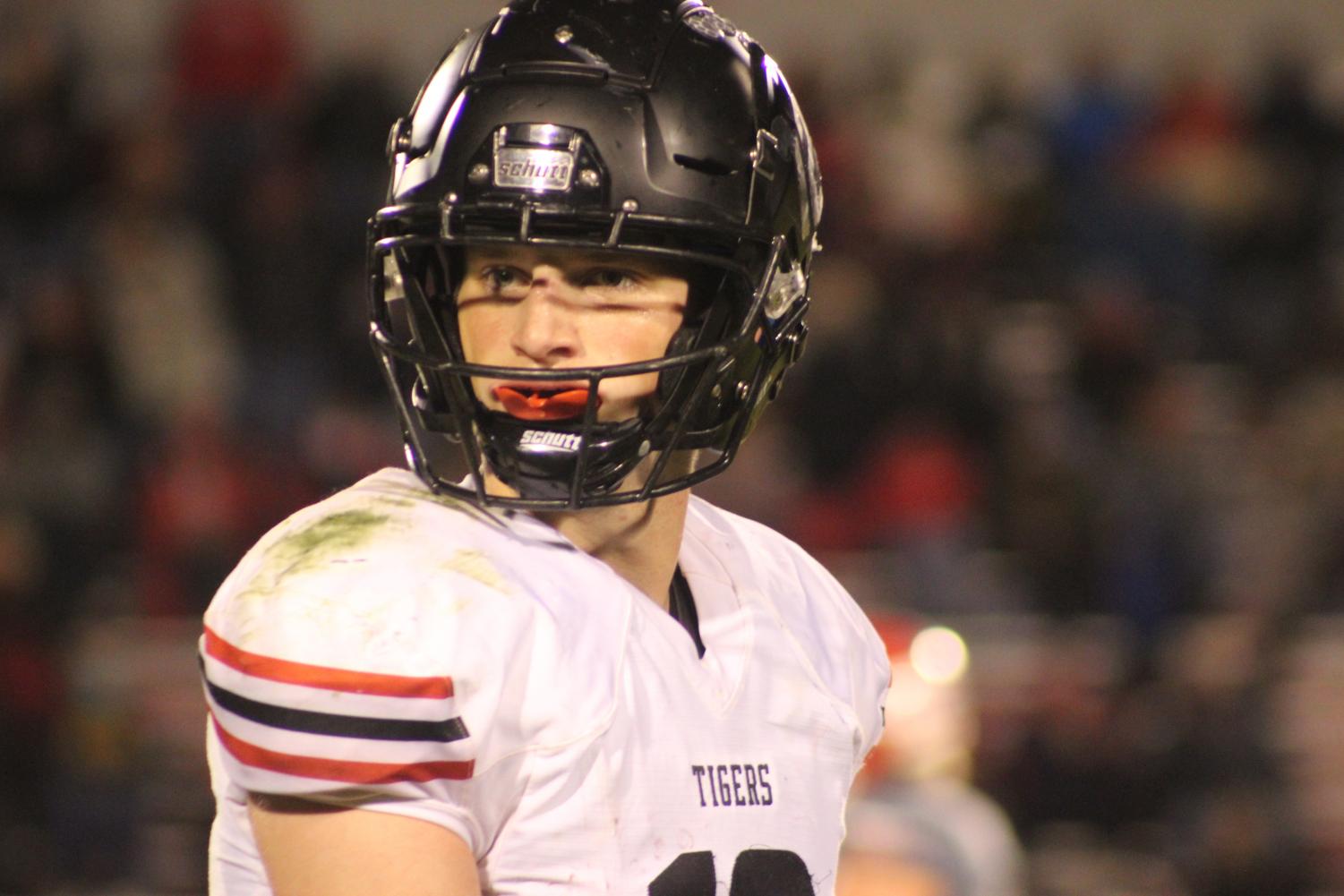 Player of the Game at DCG: Matthew Dufoe (Photo by Callie Hazel)

Player of the Game at DCG: Matthew Dufoe

Matthew Dufoe is the son of Greg and Laurie Dufoe, and he is a junior at ADM. He was nominated for Player of the Game week six against DCG. Dufoe has been playing football since he was five, and he has become a huge part of the ADM varsity football team, not only as a player but as a leader. Something he loves about football is the competition and being able to share the field with his teammates.

Dufoe reflected on his performance at the DCG game, and he feels he was given Player of the Game because he made “key plays in a very competitive game.” Even though ADM ended up losing the game by two points he noted that the team played very hard and with a purpose. Dufoe has worked extremely hard this season with a position change and playing both sides of the ball. He is very dedicated to his team, and he sets an example every day. Dufoe is honored to be named a Player of the Game, he said it was, “nice to know that players who play their hardest and give it their all are recognized by the coaches and by the school.”

In honor of his achievment, Fuller Standard Service is granting $50 to the ADM scholarship foundation.