How do you see everything you want to see in New York City in seventy-two hours? Here are some tips that can apply in both The Big Apple and in other cities.

Tip #1, Ditch the car and stay at a hotel close to your most needed districts/ activities.

Photo by Olivia Klassen
Key- The bed shows the hotel, the shopping bag shows where the shopping district starts, the star shows just a few of many theaters, and the fork and knife shows a few places to eat.

Here  is a map of a hotel that is in New York Cities Theatre district, with just a few pins of places that can be accessed within 10 minutes of walking. You should ditch the car because the traffic can be insane, and once you get to your desired destination, there is always the hassle of parking and paying for parking fees. This tip alone can save you hours and hundreds of dollars, and with the saved time and money you can do more things you want to do.

Tip #2, Stay at a hotel with free breakfast. 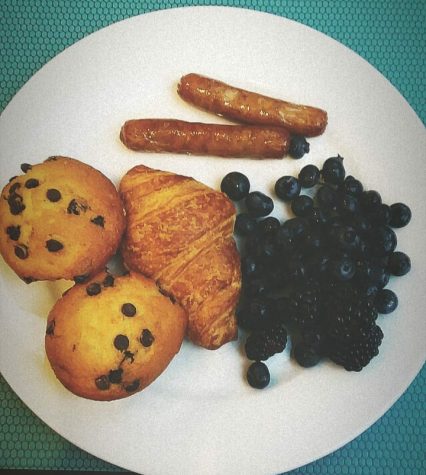 Photo by Olivia Klassen
Just a few of many options to eat at the RIU breakfast buffet.

If you stay at a hotel with free breakfast, that is one less meal you have to find and pay for, and it can save you about $15 per person per day. A bonus tip is to attend breakfast early so you can beat the rush and have more time in the city to do the things you enjoy and will remember.

Tip #3, Leave the purse at home and opt for a wallet. 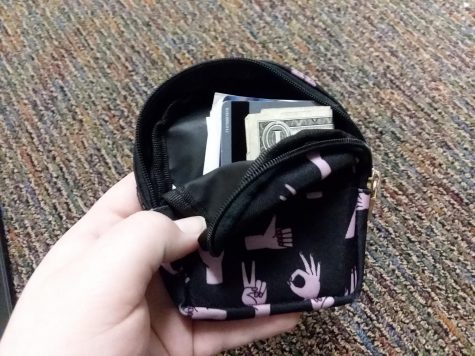 Photo by Olivia Klassen
This backpack is perfect! It can fit so many cards, cash, and other items while being a safe, close to body place to store them.

For the entire duration of my trip, I had a little backpack that clipped to my belt loop and went into my pocket. It greatly helped in easing my mind when walking in the more sketchy places of NYC. A purse is easy to grab and run away with and by the time a thief is a block or so away, you might as well accept that your belongings and money are gone. A pickpocket can happen on Times Square and in The Diamond District, so its best to always keep a vigilant eye. I got my mini backpack at Target for about $5.00. 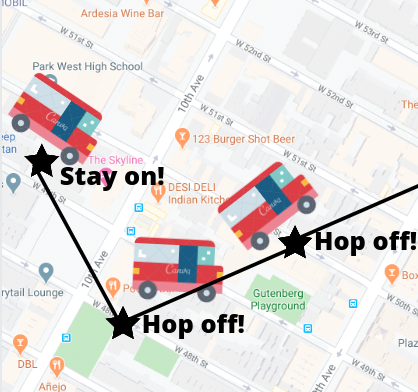 Photo by Olivia Klassen
A map will look very similar to this with the bus route outlined so you can decide what you want to see.

These tours are incredibly inexpensive and can take you all around town to save you from walking two miles to get somewhere. They have great information about the city and can provide you with transportation to just about any of the big tourist spots you’d like to go. The best part about them is that there’s plenty of different tour lines and they all will give you a map and will tell you the prices. There’s a person trying to sell you tickets on practically every street corner, so you’ll be sure to find at least one. If you decide to purchase tickets from someone on the corner, make sure they are wearing the appropriate attire, most people will be wearing some sort of clothing with the company’s logo and they will have a sign. If you are second-guessing whether or not they are legit, its best to just find an actual office or ask them where the office is.

Tip #5, Plan and buy tickets ahead. 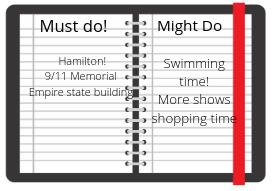 Make a list of things you absolutely want to do, things that would be nice to do, and things you don’t want to do. My mom bought Hamilton tickets ahead (see my article about Broadway tips for more), and we planned around that accordingly. We went in the winter, so there were more open available tickets for things like The Empire State Building and Broadway shows. 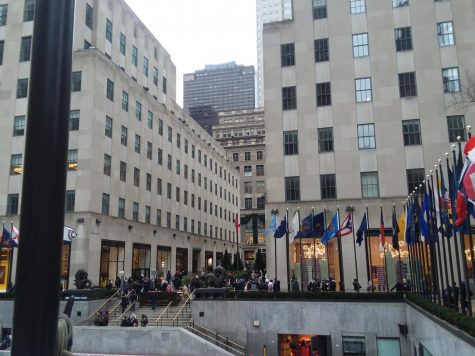 Photo by Olivia Klassen
This picture is at Rockafeller Plaza. You can see that there is a fair amount of people here, but had I been there in the summer, there would be more people.

Tip #7, Don’t buy anything but food in Chinatown. 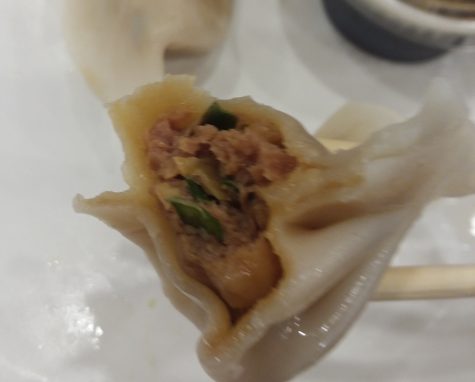 Photo by Olivia Klassen
Dumplings from a side-street restaurant in Chinatown.

In almost any major metropolitan area there is a district where a large population of Asians has settled. Each of these areas has the name of “Chinatown.” And each of them is filled to the brim with Asian culture, cuisine, and shops. The Chinatown in New York City is also full of people on every street corner trying to sell you what look like designer handbags, Rolex watches, and many other luxury items for about $10-50. These “luxury” items are fake and used as a way to make money. Locals just simply walk by and don’t give the scammers the time of day, but tourists will either buy one or they’ll just say “no.” Whatever you do, only buy food and drinks from Chinatown. Don’t skip over Chinatown because there is a lot of culture and tastes from all over Asia to experience in one spot, but only buy foods and drinks from Chinatown. 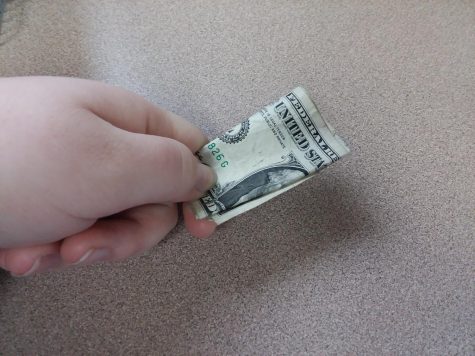 Photo by Olivia Klassen
Keep small bills and make sure to use your better judgment when purchasing things, from both the street carts and stores.

When buying things from shops that appear to be sketchy, use cash. If you’re questioning whether or not the store, food cart, or area is okay, it’s most likely a good indicator that you should use cash so they can’t steal your credit card information. You should also keep a sum of cash somewhere hidden and safe in your bag at the hotel in case you get pick-pocketed.

Black & (Red)gister intends for this area to be used to foster healthy, thought-provoking discussion. Comments are expected to adhere to our standards and to be respectful and constructive. As such, we do not permit the use of profanity, foul language, personal attacks, or the use of language that might be interpreted as libelous. Comments are reviewed and must be approved by a moderator to ensure that they meet these standards. Black & (Red)gister does not allow anonymous comments, and Black & (Red)gister requires a valid email address. The email address will not be displayed but will be used to confirm your comments.

If you want a picture to show with your comment, go get a gravatar. 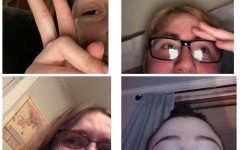 While: The Corona Virus Impact 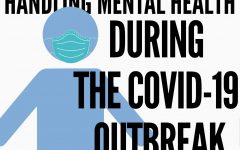 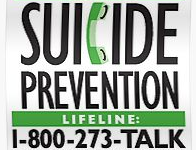 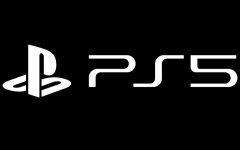