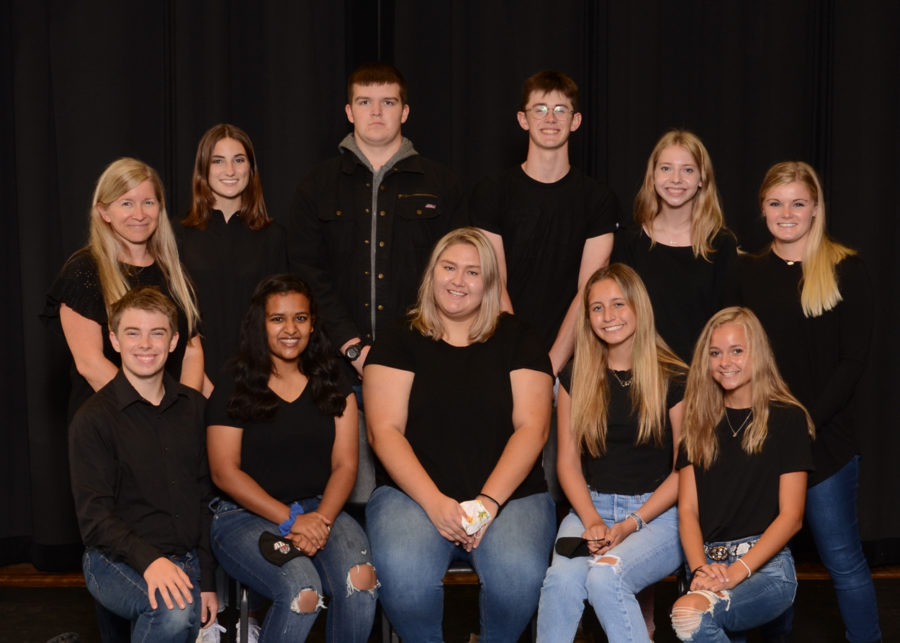 On Wednesday, April 13th, The Iowa High School Press Association released the results of their spring journalism contest as well as the News teams of the year. The Black and Register totaled 49 points from the contest in class B, putting the staff in fourth place in our division and making us a finalist for News Team of the Year. The points total is scored from adding up the results of news items that scored first, second, third, or honorable mentions in different categories. Other staffs in our division include Pleasant Valley, Hoover, West Delaware, and Xavier High School.

In the spring journalism contest, our staff did very well. For Column writing, Sean Whitson received a first-place award for his story Homecoming Court Controversy.  He also received an honorable mention in that category for his piece My Road to All-State. Whitson also received first place in Review for the piece Sacred Veil. He also earned an honorable mention in Feature Story for ADM Student Meets Choral Hero. 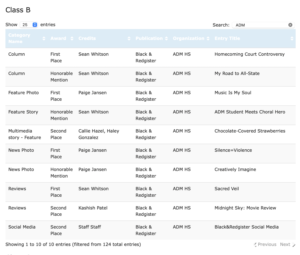 In Multimedia Story, Callie Hazel and Hayley Gonzales placed second for their piece Chocolate Covered Strawberries. In Review, Kashish Patel placed 2nd for her story Midnight Sky: Movie Review. Paige Jansen received a first-place finish in the categories News Photo as well as Feature Photo. She received an honorable mention in News Photo as well. She was also awarded third place for Hawkeye Photographer of the Year.  As a staff, the Black and Register received second place for Social Media.