May Student of the Month- Jacob Butler 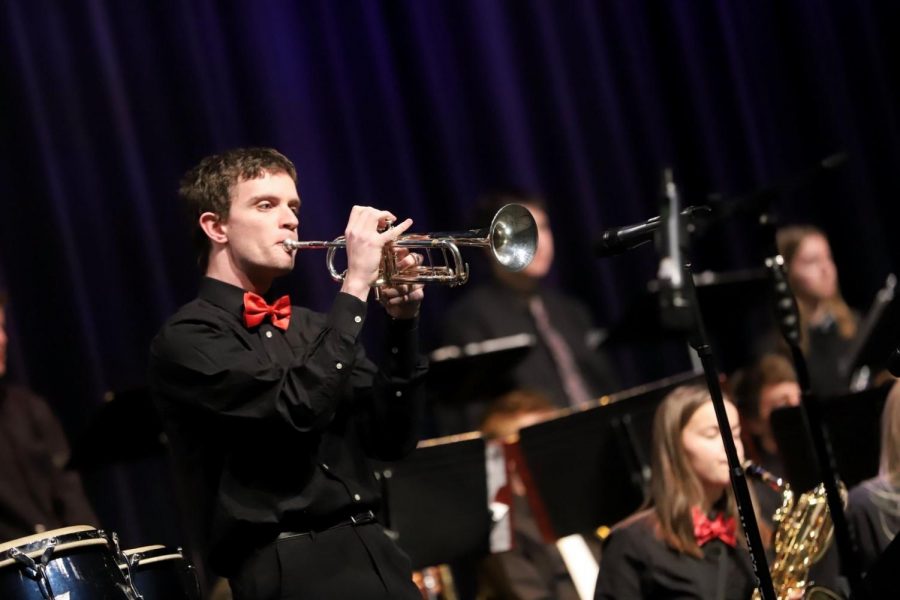 May Student of the Month, Jacob Butler

Jacob Butler is May’s Student of the Month. He is the son of Brent and Anna Butler. Jacob has a 4.106 GPA and his favorite classes are Band, AP Music Theory, and AP Calculus when asked why these were his favorites he said this. For band, he said “Getting to create music and build bonds with other students. I’ve made friends I never would have had if I hadn’t done band.” For AP Music Theory he said, “Learning so much about music and opening up more possibilities with music.” Lastly, he likes AP Calculus because “Learning high-level math and collaborating to solve complicated math problems.”

Butler stayed busing during high school with an abundance of activities including, Concert Band, Jazz Band, Marching Band, Pep Band. Anything related to the band and involving the band means you surely would’ve seen Jacob. By participating, Butler has learned “Always encourage the best out of everyone, and to try their hardest, while also enjoying the process and the reward that comes with.”

Butler has volunteered at Camp Invention one summer and has donated blood through the school four times and would have made it a fifth this spring.

Butler plans to attend UNI and major in music education.

His advice to others about success is this, “Surround yourself with the people who can help you as much as you help them; a support network can make life way easier.”

To Butler, being Student of the Month means to him that he’s done good things in school and has been a great role model to other students. He believes that he was honored with Student of the Month because “My strong grades and a strong commitment to always doing the best I can.”

In recognition of his achievements, Raccoon Valley Bank has donated $1oo to the ADM Scholarship Foundation.